There are two vital words echoing through the manufactured housing industry and surprisingly neither of them is “shipments”, “demand”, or “perception”.

Suffice to say, manufactured home builders and probably to a lesser degree the full swath of manufactured housing professionals, would take a 2×4 to the forehead — if they could find one — for just one more good framer, account executive, painter, or transporter.

What About Lumber Prices?

Lumber prices rose more than 240% since the pandemic shutdowns began. The dramatic increase is the result of low inventory in anticipation of a spring crash given COVID restrictions. While there was a short, sharp dip, the demand for lumber rose rapidly throughout the spring and summer as a move to the suburbs ensued aside massive homeowner push for expansions and improvements. Most building industry analysts and operators anticipated a longer and more disruptive lull in building and home buying. Yet, Home Depot, the country’s largest home improvement retailer, in 2020 experienced a year-over-year sales jump of nearly 20%, an increase of more than $20 billion from annual revenue of $110 billion in 2019 to $132 billion during 2020.

But the high cost and low supply situation is not limited to lumber. Windows are difficult to source. All varieties of kitchen appliances are on backorder.

Mike Wnek is the vice president of new business development for Jacobsen Homes, the top builder of manufactured homes in Florida.

“Even smaller needs like a certain type of tape for finishing a dishwasher…. The holdups are a real problem,” Wnek said. “And there’s no room to keep a home waiting in the wings. We know that these challenges will ease up, but that’s little comfort when you’re enduring them day-to-day.”

At most plants, a home that cannot receive windows stops the production line. And most facilities were running at full tilt leading up to the pandemic, forced now to play catchup amid unrelenting consumer demand and continued pipeline disruptions.

Finding Help When You Need It

Where do you go to find good employees when most of the labor force is being asked to stay home and paid to do it?

In an environment where COVID precautions clearly are needed, but essential work must continue, the organization and its customers again are left in the lurch. Wnek said Jacobsen typically employs about 160 people at its Safety Harbor, Fla., facility. However, during COVID the number of payroll employees had to rise to more than 180 as a buffer to protect against workers needing to stay home, either because they’re sick, have been exposed, or are needing to care for someone at home who has been.

“Again, you do what you have to do to keep the homes moving,” Wnek said.

Builders and state associations in Florida, and in other states, have formalized relationships with trade schools, community colleges, and workforce development organizations to find the help they need.

“A fellow can get a job at one of these new big box type companies like Amazon with a climate controlled facility and really good salary and benefits,” Wnek said.

“We’re competitive, but it’s hard to compete with those types of employers, and they’re all the way up and down I-4,” he said. “Fortunately, they haven’t come this far, into Safety Harbor, so we’re still doing alright with labor, but it is a challenge for us and everyone.”

Coming Out of Coronavirus Economy

It is a bottle-neck economy with backorders mounting. That’s to say, the demand for quality affordable housing and the path to homeownership has never been more valuable.

Any way you look at it, 2020 was a “good” year for manufactured housing in an otherwise awful year.

The new year is brightening. Vaccines will help return most Americans toward a relative if uneasy normalcy.

We also know job programs and talent recruitment efforts work in our favor during stable times, and material and pipeline disruptions are just that.

Brian Wesbury, the chief economist at First Trust Advisors, said the robust job gains of the spring may translate into a jobs boom that could include 30-day reports of a million or more new jobs.

“We need it,” Wesbury and co-author Robert Stein penned in a report last month. “In spite of the surge in jobs in March, total payrolls are still 8.4 million short of where they peaked pre-COVID, with the leisure & hospitality sector, all by itself, accounting for 3.1 million of that deficit. Most of those gaps should be closed by the end of this year.”

First Trust’s ISM Non-Manufacturing index rose to 63.7 in March, nearly four points beyond expectation. The reading is the single best since recording began in 1997. All eighteen industries tracked in the index reported growth, a “feat rarely seen”.

Who is Buying A Home?

And then there’s the homebuying crowd.

Even through the winter and early spring, amid continued lockdowns and moratoriums, home buying stayed strong. Similarly, homestarts nationally waned only with seasonality and for a short time through the devastating weather in the central plains. Housing starts increased 19.4% in March to a 1.739 million annual rate, beating the anticipated  1.613 million. Starts are up 37.0% versus a year ago.

“We anticipate a return to the upward trend in housing starts very soon, led higher by single-family homes,” Wesbury said. “First, despite a 10.8% decline in February, building permits for future construction remain near the highest level since 2006. Moreover, permits have now outpaced new construction for seven consecutive months. This has resulted in a backlog of projects that have been authorized but not yet started, which is now the largest in nearly 15 years. So, with plenty of future building activity in the pipeline and builders looking to boost the inventory of homes as well as meet consumer demand, look for both overall and single-family starts to post even higher highs in 2021.”

And, as First Trust colleague and economist Bryce Gill notes in the 2021 State of the Industry edition of MHInsider magazine, a huge shift in buyer preferences has occurred during the last year, very notably with younger buyers seeing an increased interest in owning their own home. Last year was the first in which Millennial borrowers made up better than half of new mortgages.

If general economic models hold, the manufactured housing industry is poised to do well. 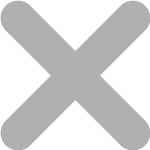